The beautiful setting of the Marx private room at Soho’s Quo Vadis was the setting for, in the words of Peter Richards MW, probably the first vertical tasting of Chilean Syrah in the UK. What an amazing line up it was to, with 5 vintages of the top draw EQ Syrah including the second vintage ever released the 2002 and finishing with the current 2011 vintage. This was then followed by an insight into how the stunning EQ Syrah is constructed with a separate tasting of the constituent parts of the 2012 release, finishing with the blended wine, a brilliant illustration of how the different vineyard sites combine to make this gorgeous wine. 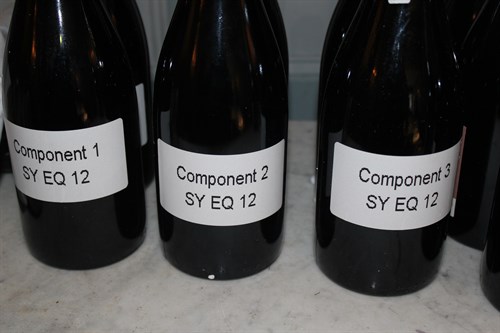 So the lowdown on the wines, first up was the 2002. The vines were young and so the wine doesn’t have the density of the later vintages but was still deliciously fresh and filled with red fruits and peppery aromatics, next the 2004 a great vintage in Chile and this wine had greater density and concentration as a result, then the 2006 a touch harder and darker with earthy grippy tannins, nice dark fruit but not quite as accessible as the next wine the 2007, my favourite with a salty tang, beautiful blackberry and blackcherry fruit, dark chocolate, spice and some floral notes. Finally the current release the 2011, the nose shy but then a complex rich black fruit palate, peppery spice, dark coffee and chocolate, some floral violet notes and rich grippy tannins with a salty finish.

The 2012 wine was fascinating, the components from the Santo Tomas vineyards (more granite) and the Rosario vineyards (more clay) combining to deliver a wine rich in blackberry, violets, dark chocolate, spice, sinew and again that lovely salty note on the finish.

All in all a great landmark tasting for one of Chile’s greatest Syrah’s. 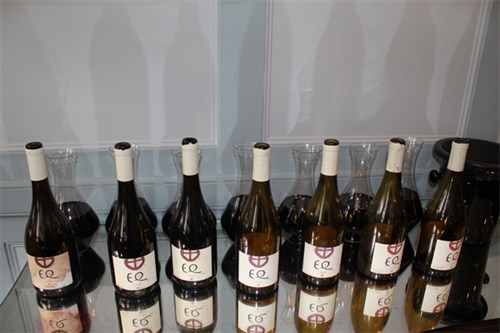