This year the 2010 Barolos will be coming on the market: by law Barolo must be aged for 38 months (60 months for Riserva). Not only does this mark the release of a great vintage, but also the first vintage under new rules which govern the labeling of what we know as the ‘Crus’ of Barolo, what is now known officially (and rather awkwardly) as the ‘Menzioni  Geografiche Aggiuntive’.

Basically these ‘Additional Geographical Mentions’ (MGA’s) hitherto have not been regulated and it has been a free-for-all when it comes to labeling. Now you can only name your Barolo as such if it comes from one of the official 171 sites (plus the 11 communes, Serralunga d’Alba, La Morra etc). This tightening up has been seen by some as preparation for a Burgundy-style classification of the Crus. This is not an entirely new concept: the great Italian writer Luigi Veronelli first proposed a classification in the 1960s, but the idea never gained momentum. Following that Renato Ratti, a producer from La Morra produced his own classification in which he rated sites into three categories, 1st mention, 2nd mention and then everything else: a de facto three-tier Burgundy style system that is still now, 40 years on, the benchmark piece of work that growers refer to as the ‘Historic Crus’. 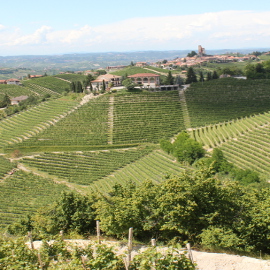 Barolo has many similarities to Burgundy (well, the Cote d’Or at least) in that there is a single variety, in this case Nebbiolo, and that said cultivar has a powerful ability to translate its terroir, in many respects like Pinot Noir. Beyond that, following the invasion of Piedmont by Napoleon in the 1790s, the region adopted a hereditary system along the lines of the Napoleonic Code where estates are divided among the children (the male children in this case), rather than primogeniture which existed in the more noble estates of Tuscany. This has led to the fragmentation of the parcels, each cru having multiple, sometimes dozens, of owners.

These newly recognized MGAs will have a great impact on how Barolo is labeled and marketed. For example, most importantly, you can only use the Cru name if the wine is sourced from that official list of MGAs, and the boundaries of each have been defined in a new map. Not only that, but many of the ‘Historic Crus’ will disappear from labels. Bussia, for example has been extended to cover many sub-crus; Bussia Soprana, Bussia Sottana, with one caveat that if they already existed in practice before 2010 then may be have dispensation to continue. Did I mention that this was complicated?

Barolo may well benefit from a three-tier classification (let’s say Grand Cru, Premier Cru and Village, to continue the Burgundy analogy), as it may enlighten the consumer as to a minimum expectation of quality. After all, even the most clued-up Barolo afficionando could not have knowledge of the quality of even a modest proportion of the 171 crus. 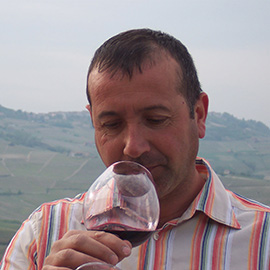 To exhibit the complex terroir of Barolo, I would recommend the excellent Crus of Giacomo Fencchio. Here we have a producer with three separate MGAs and communes in Bussia (From Monforte d’Alba), Cannubi (from Barolo) and Villero (from Castiglione Falletto). If you have the will and the deep pocket, try all three and see for yourself the terroir differences that exist and perhaps you can create your own classification, of sorts.