We were pleased and honoured to welcome Brice de la Morandière, newly appointed Gérant of Domaine Leflaive, to join us for an in-house tasting and to hear him speak knowledgeably and passionately about one of Burgundy’s greatest estates.

Brice took over the helm of Domaine Leflaive in May of this year and is the 4th generation of the family to manage the Domaine after its founder Joseph Leflaive.

We asked him about the way the Domaine is run. “Management is always in tandem between a régisseur and the family” he explained, and when asked what changes he would be bringing to the estate, pointed out that any developments to the running of the Domaine would be “baby steps rather than a quantum leap” insisting that “the philosophy that has always been at the heart of Domaine Leflaive, a respect for nature, will remain intact.”

The conversation then turned to biodynamics. When asked about any concrete effect of biodynamic practice on the vines, Brice told an intriguing anecdote about some very sick vines from Bienvenues-Bâtard-Montrachet which were declared “unable to be saved” after analysis in the lab. Through the application of biodynamics, however, the vines were “restored back to equilibrium”. Consequently, he explained, if you taste any Bienvenues from the early 2000s, you’ll effectively be tasting wine from vines brought back to life, that to all intents had been declared dead. 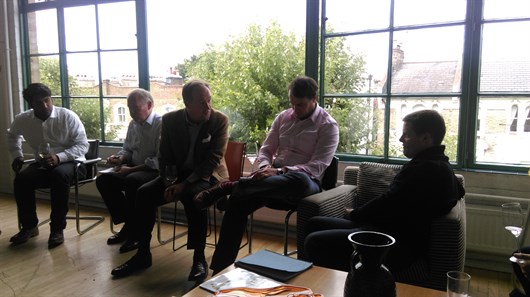 We were extremely lucky to taste a superb range of wines with Brice, which was a real education on the variety of terroirs with which the Leflaive team work, as well as a great way to get to grips with a selection of vintages from the past fifteen years and how they are beginning to mature in bottle. 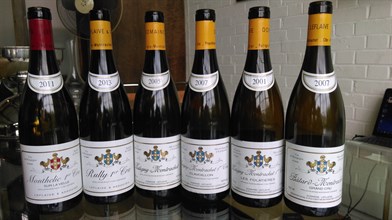 Here’s a selection of highlights from members of the team:

“Lemon, honeysuckle, gunflint, smoke and blossom combine with honey on the nose to make this wine unbelievably enticing. This is what great white Burgundy smells like and no one does it better than Domaine Leflaive. Muscular yet nimble with racy acidity and a fantastic waxy texture on the palate. It is fully mature and yet so vibrant and energetic with a finish that goes on for a full minute with crisp, zingy freshness. Awesome! This wine is in a truly brilliant phase right now. Anyone who owns a bottle is in for a real treat.”

“I was particularly pleased to see the recently-arrived Rully 2013 performing with such aplomb- no sign of travel sickness or bottle shock here! Bristling with energy and with the same little citrus notes that we had identified before bottling, this is whistle-clean, revitalising and yet with enough depth of character to provide intrigue. No problem to pull corks now (preferably an hour or two before) and enjoy it in its youth but it will only get better over the next few years.”

“Sur la Velle is a ‘Clos’ facing Meursault and just above Clos des Chênes. On the nose this 100% Pinot Noir is filled with strawberry and raspberry aromas. Once on the palate, the fruits take their position. There is a definite Leflaive character in the wine: the power and vibrancy that you would expect from this Domaine is definitely at the ‘Rendez-Vous’."