Armit Wines Blog → Diaries from our recent trip in Piedmont 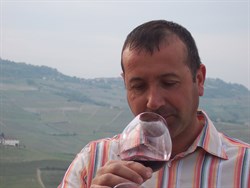 Fenocchio is an old estate based in Bussia Sottana in the commune of Monforte d’Alba in Barolo. The estate is now run by the fourth generation, Claudio Fenocchio. Although Claudio is deeply rooted in the ‘traditional’ style of Barolo, they are not shy in innovation. For example, during a barrel tasting with Claudio, his eyes filled with excitement when he was showing us his new experiment: a 90 day macerated version of his Barolo Bussia from the 2011 vintage. 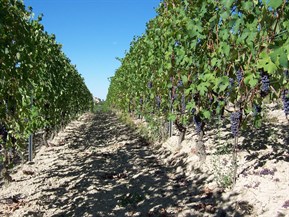 Maceration in Barolo is a topic which is hotly debated at the moment, and more than anything, the duration of which defines how ‘traditional’ the producer is. Durations can vary from four days for the guys that use the roto-fermentors, or somewhere around the average of 20 – 30 days on the skins to achieve a more tannic and structured extraction.  Claudio explained to us that in his grandfather’s generation, 90 day macerations were more common, but due to lack of technical know-how, quite often the wines were damaged or extreme in style. Claudio seems have got the recipe just right, with the balance of tannins and glycerol in the wine to make not only a fascinating experiment, but something that is quite beautiful to drink.

Our morning spent at Gaja started with a tour of all the facilities, the three-level gravity-fed cantina, the barrel room and the beautiful art installations, ending up at the newly renovated Castello in Barbaresco now adjoined to the winery via an underground tunnel. Gaia Gaja is the fifth generation and still the company is innovating. Not only was the winery the first to introduce French oak and single vineyard wines to Barbaresco, but also the first to plant Chardonnay in 1979 (Gaia & Rey). 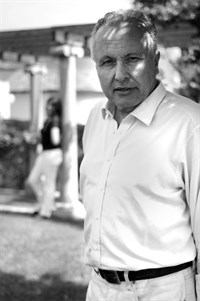 Our tasting started with soon to be released 2010s from Barbaresco. Much has been written already about this exciting vintage, so I was looking forward to seeing these more than anything else on the trip and they lived up to everything we anticipated. This is a truly classic vintage: structured yet elegant and beautiful. August was relatively cool, and the vines were not too stressed but the warm weather came back in September to give the vines that last little nudge of ripening to make this a complete and balanced vintage.  What was also quite obvious was the clear expression o 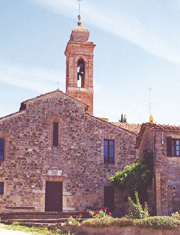 f each of the Langhe crus: Costa Russi is all finesse and silky tannins, whilst Sori Tildin has spice and a higher concentration on the mid-palate, and San Lorenzo is dark and brooding with a high-toned mineral streak.

At lunch, the 1998 Barbaresco was showing incredibly well, and is, quite possibly, my favourite wine of the year so far. It has an impressive density and still some primary fruit showing (if Nebbiolo ever can be primary), but its complexity and nobility of tannins make this a supreme Barbaresco. It has also just reached the plateau of drinkability. 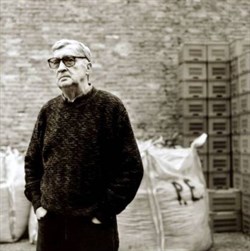 A visit to Giacosa is a metaphor for their wines: a masterclass in understatement and a sense of just getting on with it in a quiet and revered manner, making some of the greatest wines possible from Nebbiolo. The young Oenologist Francesco Versio was our host for the afternoon. For his youthful years, Francesco has a mature, and philosophical manner, whilst enthusiasm and passion from his time spent with Bruno and his long-term collaborator, Dante Scaglione, have clearly rubbed off on him. The Nebbiolos of Giacosa have a style all of their own: a mineral character and elegance starting with their Nebbiolo d’Alba Valmaggiore from the excellent 2011 vintage right through to the Red Label 2008 Barolo Falletto Rocche Riserva.

What impressed me is the consistency of the wines, due largely to the fact that Bruno has contracts with growers which have existed for more than 40 years in some cases, and can turn out wines from humble appellations such as Nebbiolo d’Alba and Roero into something quite extraordinary. You can buy Giacosa with confidence right across the range in the knowledge that this is one of the most dedicated, passionate and skilled producers in Italy.

Although the 2010 vintage has an awesome reputation, Giacosa will produce no Barbarescos this year as he feels they don’t meet his exacting standards. However, there will be an awesome 2011 Santo Stefano released next year, and the Barolo Rocche 2009 that we also tasted shows the ripeness and flamboyance of this great year. 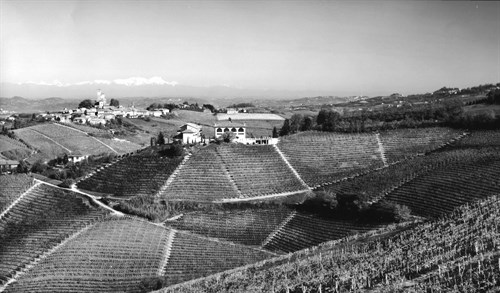