"Welcome to Montalcino, the heart of Tuscany!" With these words, Giancarlo Pacenti greeted us on the first day of our trip, where with my colleague Marco and other three sommeliers from London, we visited some of the most iconic wineries in the region, including Querciabella, Sesti, Siro Pacenti, Tenuta dell'Ornellaia, Tenuta San Guido and Tua Rita.

Pacenti was our first stop: we enjoyed a tour of the winery in Pelagrilli, in the Northern part of Montalcino, and proceeded then to the cellar, where we tasted the latest vintages of their Rosso and Brunello. 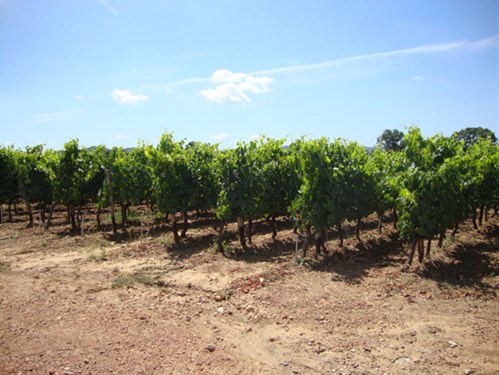 Among other things, Giancarlo told us about his "big decision" to introduce the use of French barriques back in 1988, when he gained the control of the company. The success of his experiments with the University of Bordeaux on the phenolic maturation of the Sangiovese grape affected the image of the company forever. I am a big fan of Siro Pacenti wines, particularly the Brunello Pelagrilli. However, on the morning of the visit I felt that the Brunello 2009, a complex Sangiovese with elegant bouquet and fine-grained tannins, was the winner.

Next stop -  the Argiano castle (Castello d'Argiano) where we had an opportunity to taste the entire production of another Tuscan milestone: the Sesti winery. Elisa Sesti introduced us to her father, "Giugi" (Giuseppe Maria Sesti), the visionary mind behind Sesti's biodynamic approach, and accredited astronomy enthusiast and writer. 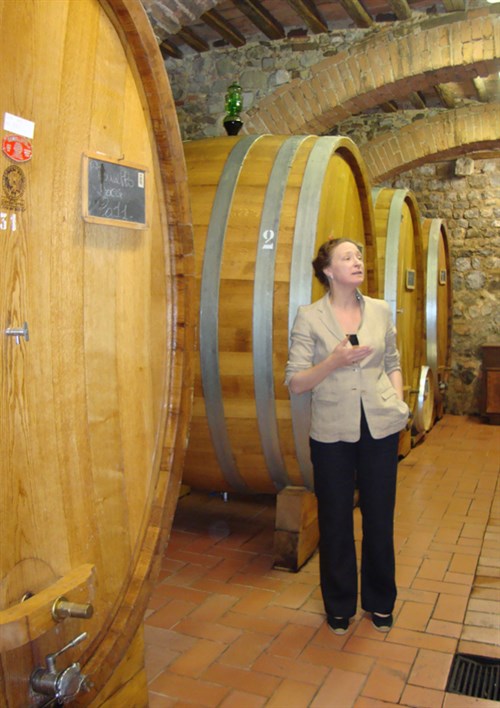 During dinner, Mr. Sesti delighted us with his accounts on the influence of the moon on the vines. It was supposed to be a bit of a science lesson, but to me it was far more romantic than that, surrounded by beautiful trees and rolling hills under the starry blanket of a summer’s night.

In line with its reputation, all the vintages of the Phenomena Brunello we tasted were simply impeccable. However, Sesti's less renowned Sauvignon Blanc and Merlot were just as impressive.

On our second day we visited the Tua Rita estate, in Suvereto. The winery is strategically located between the mineral-rich hills of the Tuscan Maremma and the Tyrrhenian Coast, conveying unique characteristics to the vineyards.
As you would expect, tasting the Redigaffi was fantastic, this is a perfect Merlot, but the Syrah 2012, among the new releases, surprised us all for its pronounced fruity aromas and spiciness.

Then it was Ornellaia’s turn, with its monumental 200 year-old oak tree in the middle of the neat guyot and bush vineyards, and the breath-taking view of the seven hectares of Masseto. 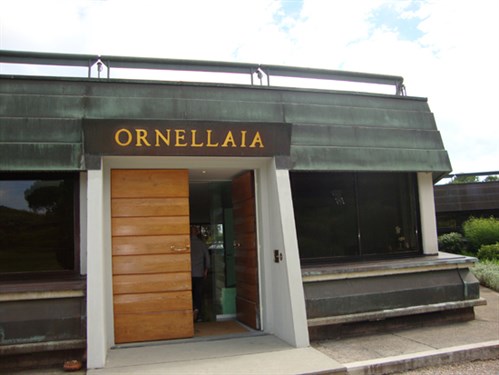 There we tried Le Volte 2012, Ornellaia 2011, and Le Serre Nuove 2011, we also tasted the 2008 vintage of this wine - I discovered a graceful, velvety wine, with soft tannins and a very long finish. Sipping the delicate Eligo grappa, under the stars, was a relaxing end to a very busy day.

We started our last day with Querciabella and a tasting of the wines from this biodynamic estate with Giorgio and Roberto. We tasted the Bàtar 2011, Chianti Classico 2010, Turpino 2010 and they all performed beautifully but it was Camartina 2004 that played the leading role: powerful, rich with vigorous acidity.

Our last stop was Tenuta San Guido. On our way to the estate, we were breath-taken by the beauty of the Viale dei Cipressi, a road with tall cypresses celebrated by one of our most known poets, Carducci.

We were welcomed by Elena who described the full story of the estate, from its birth to the Sassicaia DOCcreation in 1994, to modern day. She explained meticulously, using a colourful map, the location of their vineyards and told us the comprehensive story of the Bolgheri DOC appellation too. 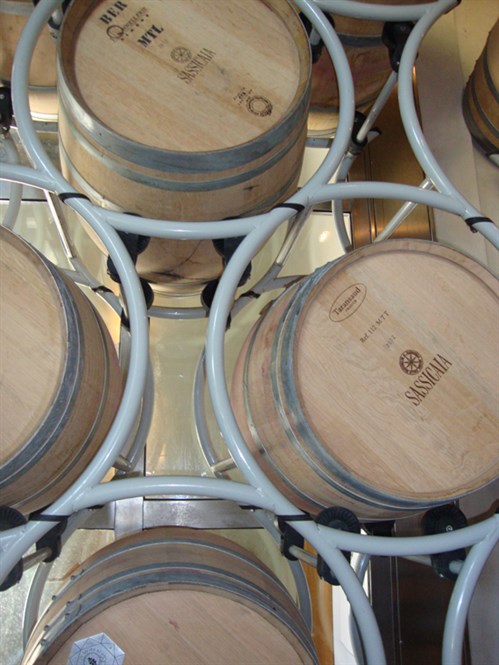 We tasted a forceful Le Difese 2012, a softer Guidalberto 2012 and the ‘big boy’ that is Sassicaia 2011. The latter is considered one of the best vintages ever made and in fact its high concentration of fruit, vivid acidity and firm tannins are the essential elements that will make the wine develop magnificently. We finished our visit with a tour of the cellars and one of their old vineyards.

The Tuscan tour was a once in a life-time experience. Trips are a great way to create strong relationships with people and places and I returned to London with a bag full of memories, pictures and stories that I will be keen to share with my customers, anytime I will open a bottle of wine from these estates.