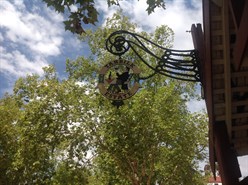 It is a rare treat to go to a winery and have, not only their current line-up but, a range of historic vintages put before you: to me, this signals a great confidence in their wines. Australia is widely thought of being a source of immediately-pleasing, fruit-driven wines, and with the majority of producers, that is the case.

However, Tahbilk has, for many generations (the winery dates back to the 1860s) specialised in making wines which have incredible potential for ageing: much of that potential can be attributed to their climate which is at the warmer end of temperate, moderated by the proximity to the Goulbourn River and the Nagambie Lakes, giving it similar temperatures, during the growing season, to the more southerly and coastal Mornington Peninsula. This cool (for Australia) climate allows the slow ripening of the grapes and for the tannins and acids to become mature at modest levels of alcohol. And in the other part, their ultra-traditional winemaking contributes to the structure of the wines: the reds are vinified in old wooden open-top fermenters having gone through long and gentle macerations, then finished in a combination of large, old oak casks and American oak barriques. Walking through their winery it has the atmosphere more akin to a Barolo estate than a New World one. 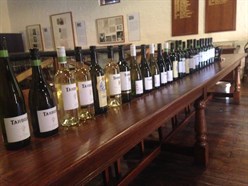 A flight of Marsanne

During our tasting we were presented with vertical flights of some of their key wines in the range. The flight of Marsanne included the recent 2014, then 2008 and 2003.

The highlight of the flights of reds, for me was the Reserve Cabernets. Although Tahbilk is probably more known for its Rhone varieties (there is a commercially and widely planted clone of Shiraz known as the ‘Tahbilk’ clone, grown all over Australia) it was the old vintages of the Bordeaux variety that impressed me most on the day. Starting with the, as yet unreleased, 2008 Cabernet Reserve (I am a big fan of the 2006, which we currently stock), the wine is pure understated elegance. It shows  a little hint of the mintiness that you would find in cool climate Oz from places such as Coonawarra, but framed with significant tannins that envelope the palate rather than bruise it. If you were served this blind, you would be truly stumped: it could never be Bordeaux because of its plushness, nor would you immediately place it in the New World; perhaps somewhere along the lines of a Super-Tuscan. Shown alongside this was the 1991: a vintage which owner Alister Purbrick had deliberately picked out to show us as it was the ultimate vintage to be made prior to the introduction of small, new oak barrels. What a sensation: it started like an old Hermitage with gamey, cedary notes, becoming sweet and silky on the palate, with an impressive amount of blackcurrants still apparent.

No Prizes for guessing which bottles we picked out to have with lunch. 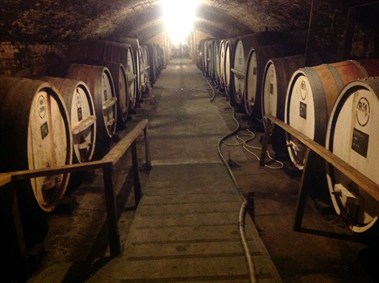