We touched down at Bilbao airport at dusk and by the time we got to La Rioja it was pitch black and with Francisco Corpas' (La Rioja Alta, SA’s Export Manager) descriptions of the surroundings, our minds were filled with excitement. Although we couldn't see the dramatic overhang of the Sierra Cantabria, you could definitely feel its presence. We were staying at the famous house at Torre de Oña. What an incredible place this is, a grand entrance, beautiful furnishings and several suites to accommodate us, Tim Atkin was delighted and even more so when Francisco opened a bottle of La Rioja Alta SA’s Gran Reserva 890 1998.

Seeing the view for the first time in day light was breath-taking and 'madre mia' was the overhanging Sierra Cantabria impressive peering out of the early morning low cloud.

We met Roberto Frias, who is responsable for all agricultural matters at La Rioja Alta SA who took us on a tour of the area, introducing us to the plots of Alavesa, Baja, Media and Alta. Alavesa's plots are made up of rows of bush vines which are typical of the area. Alavesa has high limestone levels in areas further away from the Rio Ebro but as soon as you cross the river the soils are stronger, stonier and known for thyme and rosemary crops which fill the air with a fantastic aroma. Lots of the vines are at 400 metres but due to climate change, grapes are now grown better at higher altitudes of around 650 meters.

Roberto took us to Finca La Pedriza to see some of La Rioja Alta SA's garnacha vines. It was interesting to see the Tempranillo and Garnacha vine leaves: the Tempranillo ones were soft and hairy whilst the Garnacha leaves were smooth and hair-free. The flowering of the vines is days away in La Pedriza. The soil here is very rocky with small boulders of interesting stones, some with marble running through them, others speckled with dark patches. We tasted Garnacha from the vines, full of bright red fruit, the team at La Rioja Ata SA look forward to adding this to their blends soon – it was delicious, especially with a few nibbles of spicy chorizo. 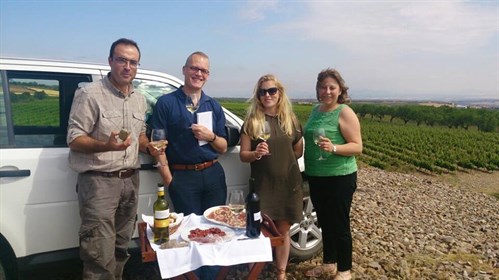 The region is very colourful and luscious and even just looking at the rolling hills and plots makes you feel 10 times healthier. The Rioja region is green in another sense as it boasts its use of alternative energy. Solar panels and wind turbines can be seen everywhere and Torre de Oña are pioneers of biomass energy and have saved 50% of their costs.

From La Pedriza we went to Labastida where we were met by Julio Sáenz the extremely knowledgeable and talented winemaker along with Gabriela the PR director from the Arana family, celebrity! La Rioja Alta SA’s incredible wine making facility is located here and it’s like nothing I’ve ever seen before. Wine was first made here in 1996 and examples of the first ever Bordeaux-imported winemaking machinery can be found outside the winery. They produce 55,000 litres and around 1.5 million bottles are made. In their incredibly impressive barrel store found underneath the winery they have 14,000 barrels. Whilst we were at the facility we met their new robot, used to thoroughly clean the vats – read about this here! This place is very special and absolutely worth a visit if you get the opportunity. The building is beautiful on the inside and out, the drive is lined with Japanese prune trees. 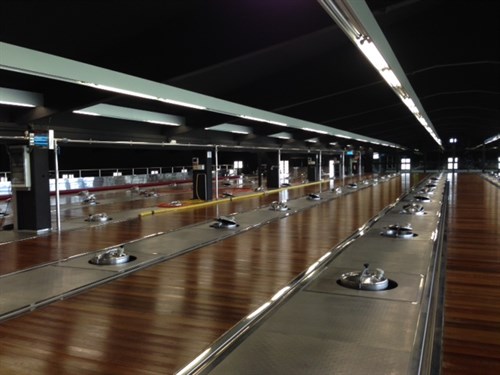 From wine making to wine tasting! The Director of La Rioja Alta SA, Guillermo de Aranzabal met us at La Rioja Alta SA HQ in Barrio de La Estacion in Haro, home to several other wineries, including Muga and Cune. La Rioja Alta SA HQ is like a scene from an Alice in Wonderland film, the tasting room has hidden doors and old label scripture across the furniture, a bottle of Gran Reserva 904 replaces the door knob, hidden door ways for walls and mirrors everywhere - incredibly beautiful, a magical space. 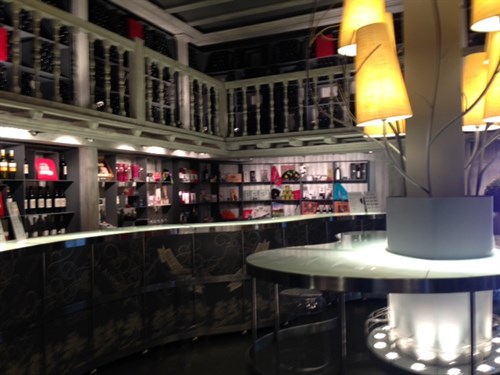 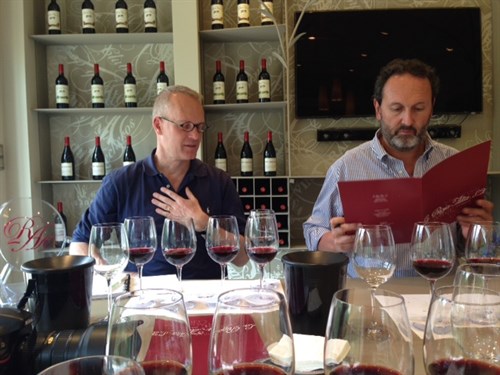 We took the lovely Tim Atkin MW up to Laguardia in the evening, which is a little town on a hill higher up than Torre de Ona at 650 metres, reminiscent of a village in Montalcino, cobbled streets and a cluster of houses and shops all packed on a little hill overlooking Torre de Ona. We dined at La Chari’s boutique hotel Los Parajes which was fabulous and a must stay if you’re ever in town!

We were up with the sun the next morning for a brief but thoroughly educational tour of the plots at Torre de Oña – rows and rows of south facing vines including a brand new plot - La Maleta, so keep an eye out for what may happen with these grapes!  They have 44 hectares in total and produce some 600 kilos of mostly Tempranillo and Mazuelo. They did have some Cabernet vines but these grapes are not used. As we made our way back to Torre de Oña we passed by little stone building which looked like a pizza oven. These were little shelters built during phylloxera for night guards to shelter in as they kept a watch out for other wine growers in the region who would come and steal healthy vines from plots. Following a brief visit of Roberto’s weather station in the middle of the vines we sat to taste through Torre de Oña, Finca San Martin and a brand new experiment from the winery, which is all top secret for now. Julio also managed to squeeze in a quick tasting of his Aster and Finca el Otero wines from Ribera del Duero, but we shall leave it at Rioja for now! 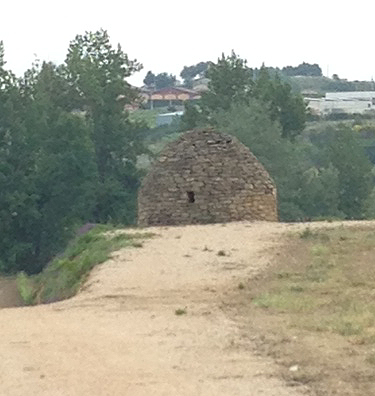 The Rioja region is definitely worth a visit and should be high up on the bucket list, but for now, if flying over to Bilbao isn’t on the list in the next few months, why not delve into some Vina Ardanza or Torre de Oña, a sip from these bottles will transport you to the rolling green hills with the dramatic Sierra Cantabria backdrop and the magical air which these fabulous wine producers have been breathing for centuries!

Thank you to everyone at La Rioja Alta, SA and to Tim Atkin MW for making this an unforgettable experience. 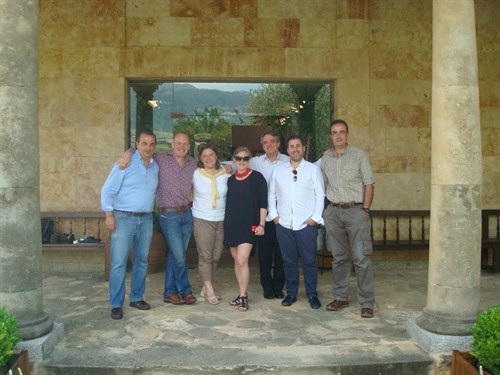