"We hold a unique and rare position in the Bordeaux landscape. Above all we are vignerons, present throughout the year in our vineyards and cellars, our goal is to understand and work with nature and climate as best as we can." Jacques Guinaudeau

The Guinaudeau family has created something very special from their projects in Pomerol and Fronsac over the last few years, reimagining what their properties can produce.  The family produces six wines, and while Château Lafleur itself has always been lauded as one of the top wines made in Pomerol, both it and its stablemates have taken great strides since the estate has focussed on the genetic material provided by the clone of Cabernet Franc, known as Bouchet.  This is shared by only a few other top Châteaux in Pomerol.  This was made possible by the great frost of 1956, when the Robin sisters resisted the usual practice of replanting, deciding instead to prune back hard and let nature take its course.  As a result Château Lafleur retained its rootstock which has been used for massal selection in all their red wine vineyards - even Château Grand Village now has 20% Bouchet!  Combined with an intense focus on vineyard practices such as even using organic smudgepots to protect against frost, this dedication has resulted in a family of six fantastic wines.  Once again the Guinaudeaus have produced a stellar lineup of wines that we at Armit Wines are very proud to be associated with and the top wines will be available by allocation only. This year some of the wines will feature new labels featuring “Societe Civil Du Château Lafleur” in the background.  This illustrates that the Guinaudeau family is now happy to put the illustrious Lafleur name on all six wines because they are all deserving of this additional recognition.

It appears that 2019 had all of the conditions representing the new normal: a warm winter with an early bud break in the Spring; a flirtation with potentially damaging frosts resulting in sleepless nights; heat spikes during the summer to stress the vines, and refreshing rains before the harvest.  The resulting fruit, tasted three time per day to evaluate ripeness and had just the right amount of sunshine and warmth to allow it to ripen perfectly.  The Guinaudeaus have a dedicated picking team on standby that allowed harvest to run from early September until the first week of October.  Even though the growing conditions were good there was still an immense effort put into the vineyards, with new leaves that emerged during the summer being cut back to reduce the vines aspiring moisture.  This is an effort of a group of incredibly dedicated Vignerons and as one of the family recently told us, “if you trust a producer vintage doesn’t matter”.  We have built trust with the Guinaudeaus for many years and we recommend you to as well... 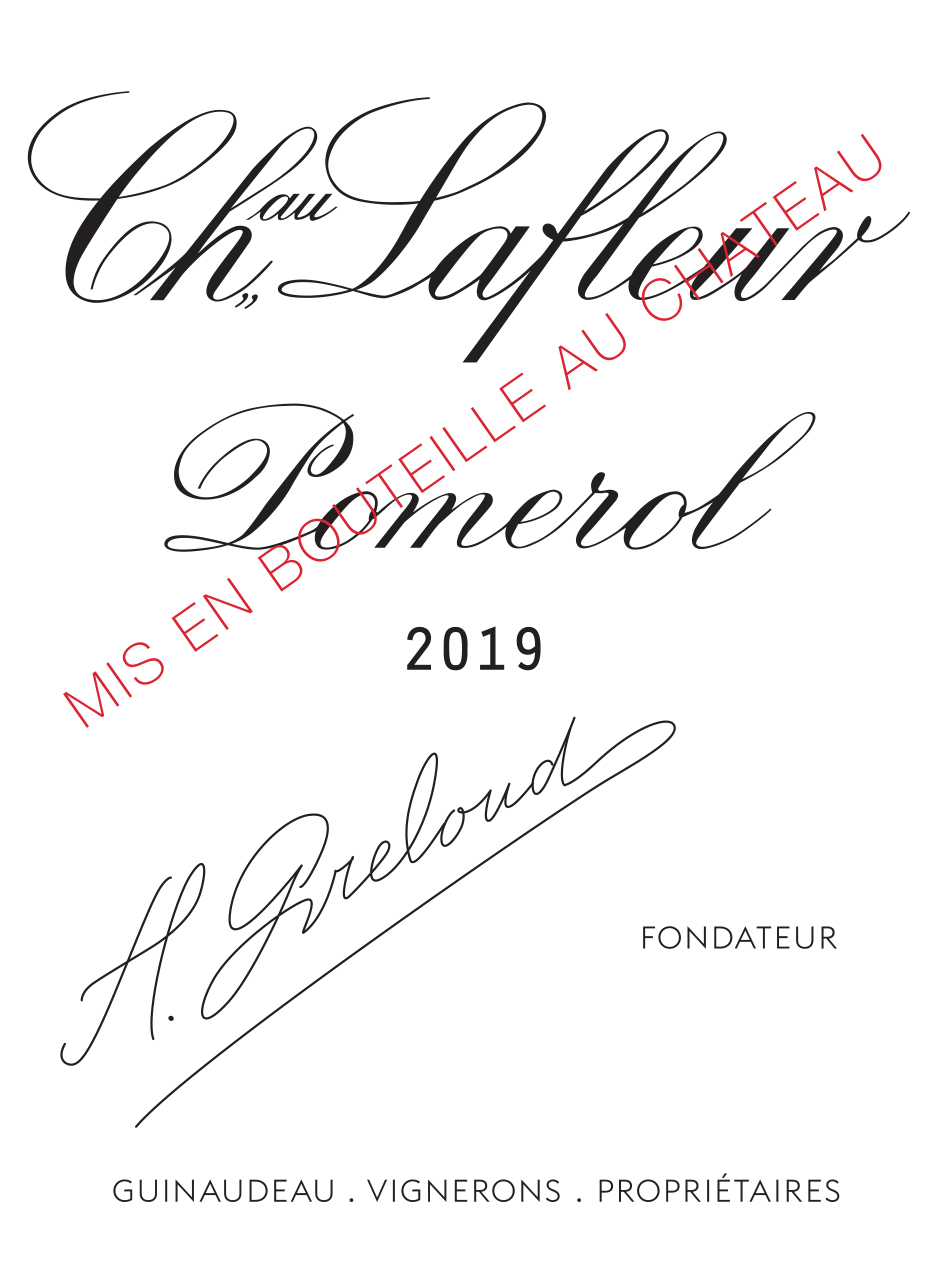 Château Lafleur is undeniably one of the greatest red wines in the world.  It captures the essence of Pomerol as expressed through a wonderful blend of Bouchet and Merlot, 47% and 53% respectively in 2019.  Unusually the Bouchet was picked in a single day, September 30th, when it was judged to be at its optimal ripeness and balance.  The last few vintages seem to have suited Bouchets perfectly, resulting in ripe, but extremely well balanced and fresh wines with an amazing tannic structure.  Like many great wines, Lafleur seems both light and very deep at the same time, truly a great Pomerol. 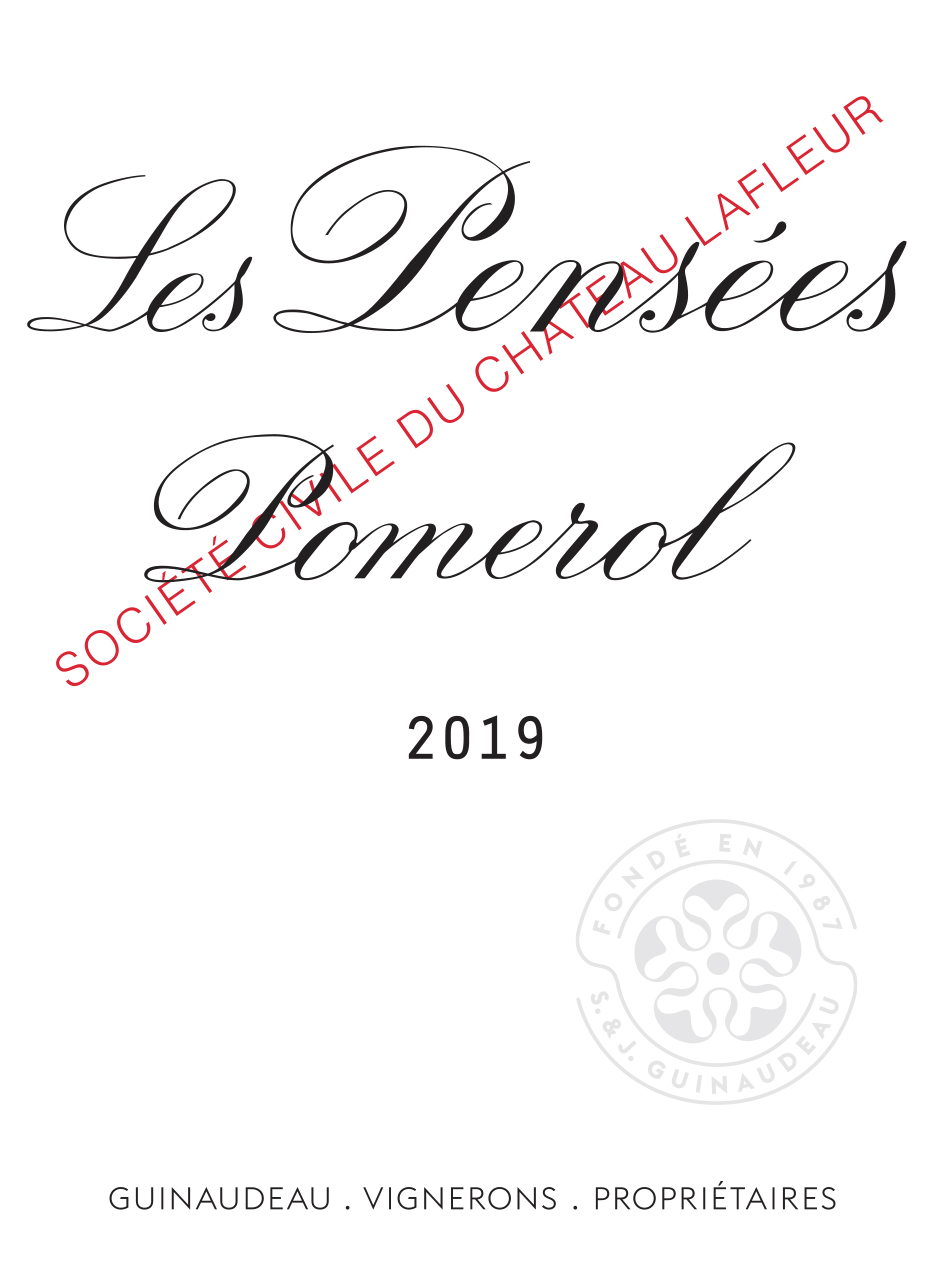 Les Pensées is not a second wine, it is made from grapes grown in a diagonal strip of clay soil, measuring just 2/3 of an hectare, running through the Lafleur vineyard.  It’s visible when standing in the vineyard as it is topographically different, an old stream bed.  Even though the blend of the 2 wines is virtually the same they display somewhat different characteristics, the Pensées being a bit lighter in style, especially in dry years as the clay doesn’t retain moisture as well as the rest of the vineyard.  At first glance this is a wine that is very approachable, but there is always a firm underlying structure allowing for long ageing.  Les Pensées benefits from a year like 2019 when the blend favours Merlot. 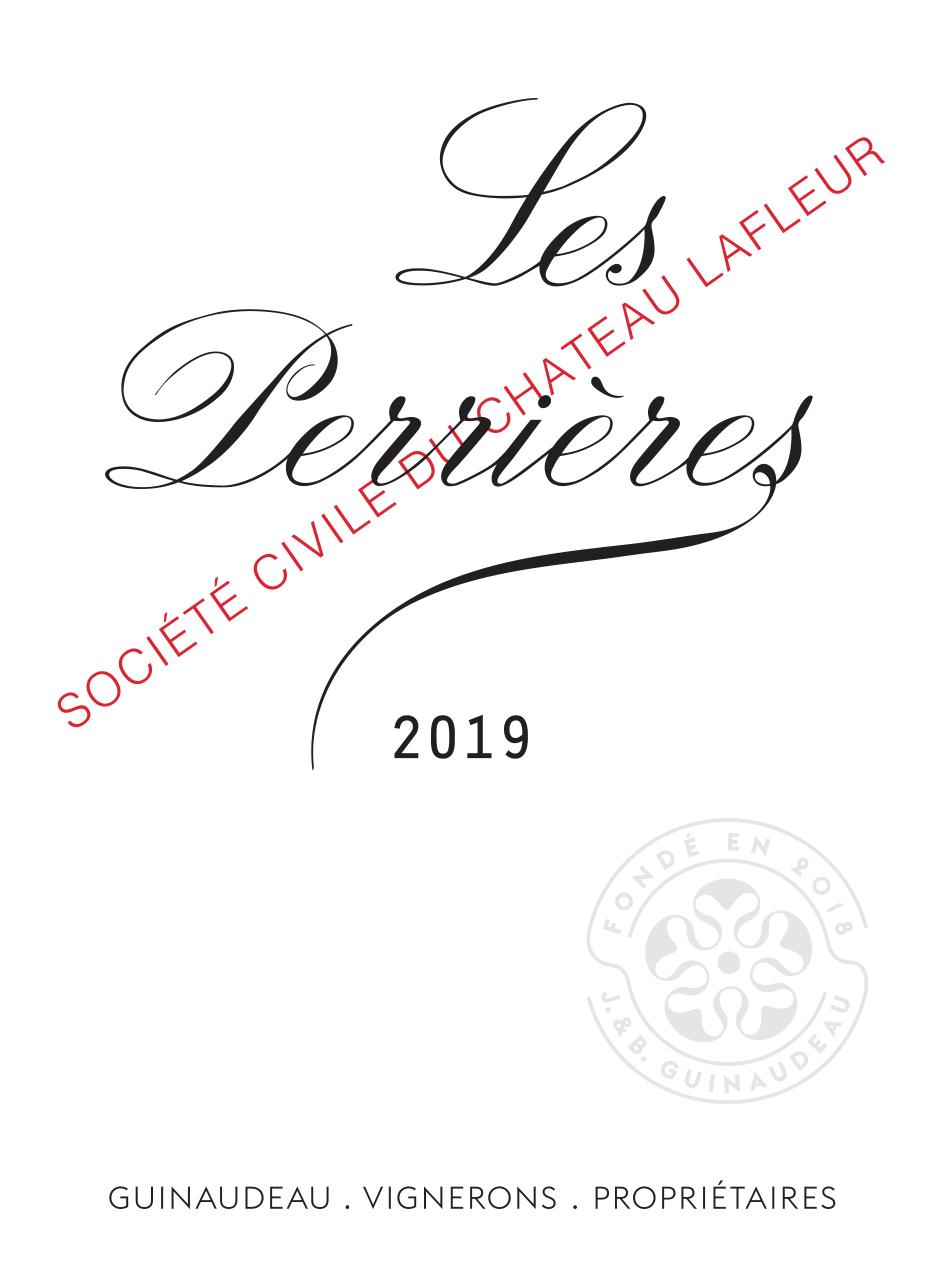 The Guinaudeau family caused quite a stir last year with the announcement that the project entitled “G Acte” was being renamed Les Perrières.  After 9 Actes the time had arrived to take the next step and announce something more permanent. The Acte series was a prelude, now it was time for the main event.  This limestone version of Château Lafleur is an outstanding example of what the family’s approach can achieve in different terroirs using their clonal material planted on 3.3 hectares of limestone soils.  Antonio Galloni wrote of the 2018: the wine displays “vibrant, somewhat tense underpinnings that give the plump fruit a striking kick of energy”.  In 2019 Les Perrières consists of 59% Bouchet and 41% Merlot with the Merlot being harvested a week earlier in late September.  This is the second vintage of Perrières and the enthusiasm from the estate for this wine is difficult to contain: a fabulous wine! 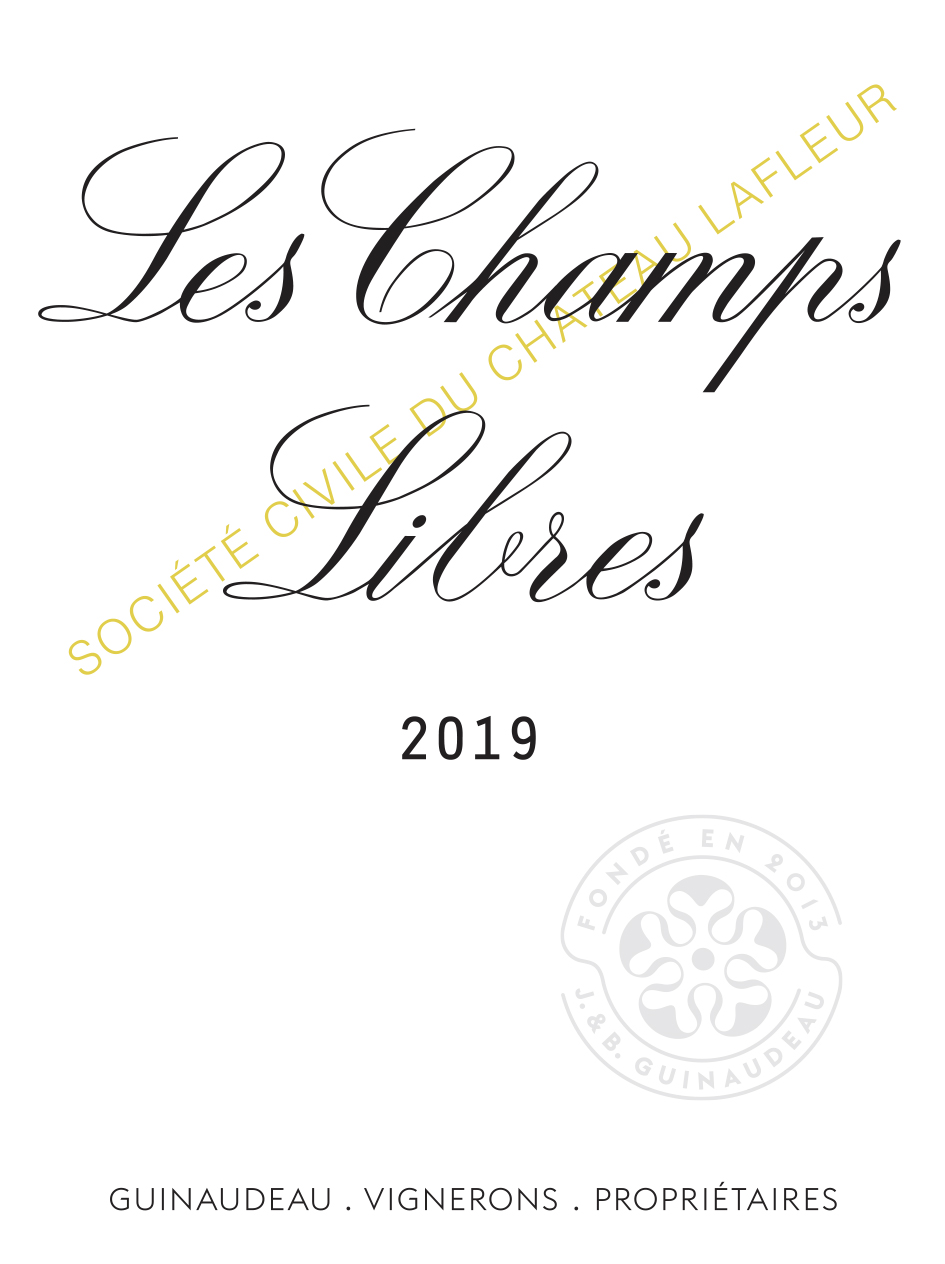 Baptiste and Julie had the idea that the terroir of Grand Village could produce an excellent Sauvignon Blanc and Les Champs Libre was born in 2013.  Situated on clay-limestone soil and sub-soil Baptiste and Julie combined the grapes from three parcels to produce the first vintage and added a fourth in 2014.  The blend has varied in its amount of Sauvignon and the 2019 vintage has 5% Semillion in the blend (the 2018 was 100% Sauvignon Blanc) to add a bit of richness.  All of the grapes for Les Champs Libres were harvested in early September.  After much research, the genetic stock used for the Sauvignon Blanc was brought in from Sancerre, resulting in delicious, but serious, wine with a bright, floral bouquet and good depth and richness on the palate.  Last year Lisa Perrotti-Brown wrote “seriously impressive, this is a wine without peers in Bordeaux.”  And it looks like 2019 is a better vintage for dry whites than 2018.
Enquire Now 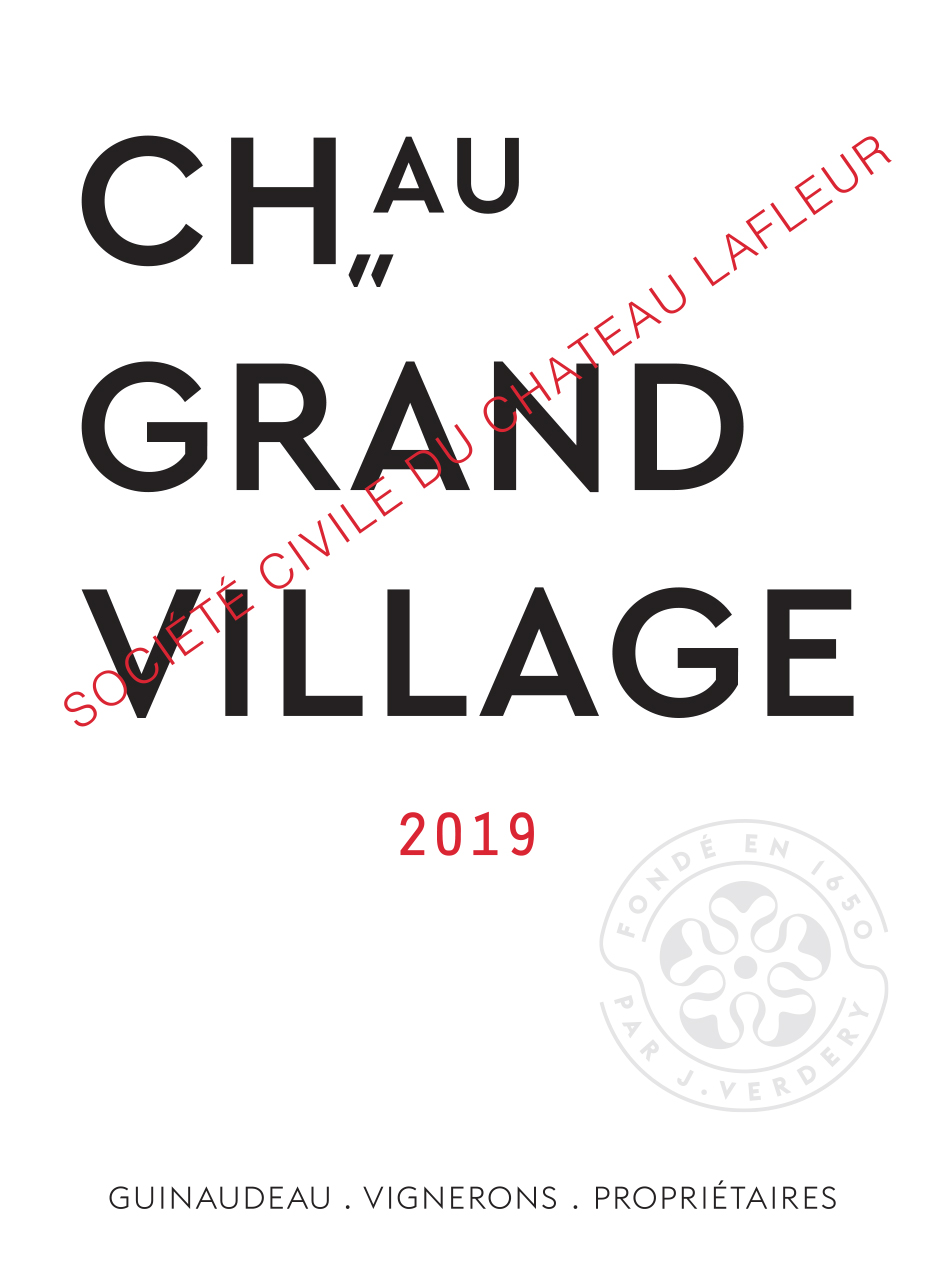 Founded in the 17th century the estate encompasses 50 ha of land, of which 20 ha are under vine. Château Grand Village has now grown into “a down to earth Bordeaux crafted with the means and in the spirit of a grand cru” according to Jacques Guinaudeau.  Consisting of 19% Bouchet and 81% Merlot in 2019 the wine represents the tradition of Château Lafleur at an accessible price.  This is a wine that can be drunk upon arrival, or cellared for ten years plus. 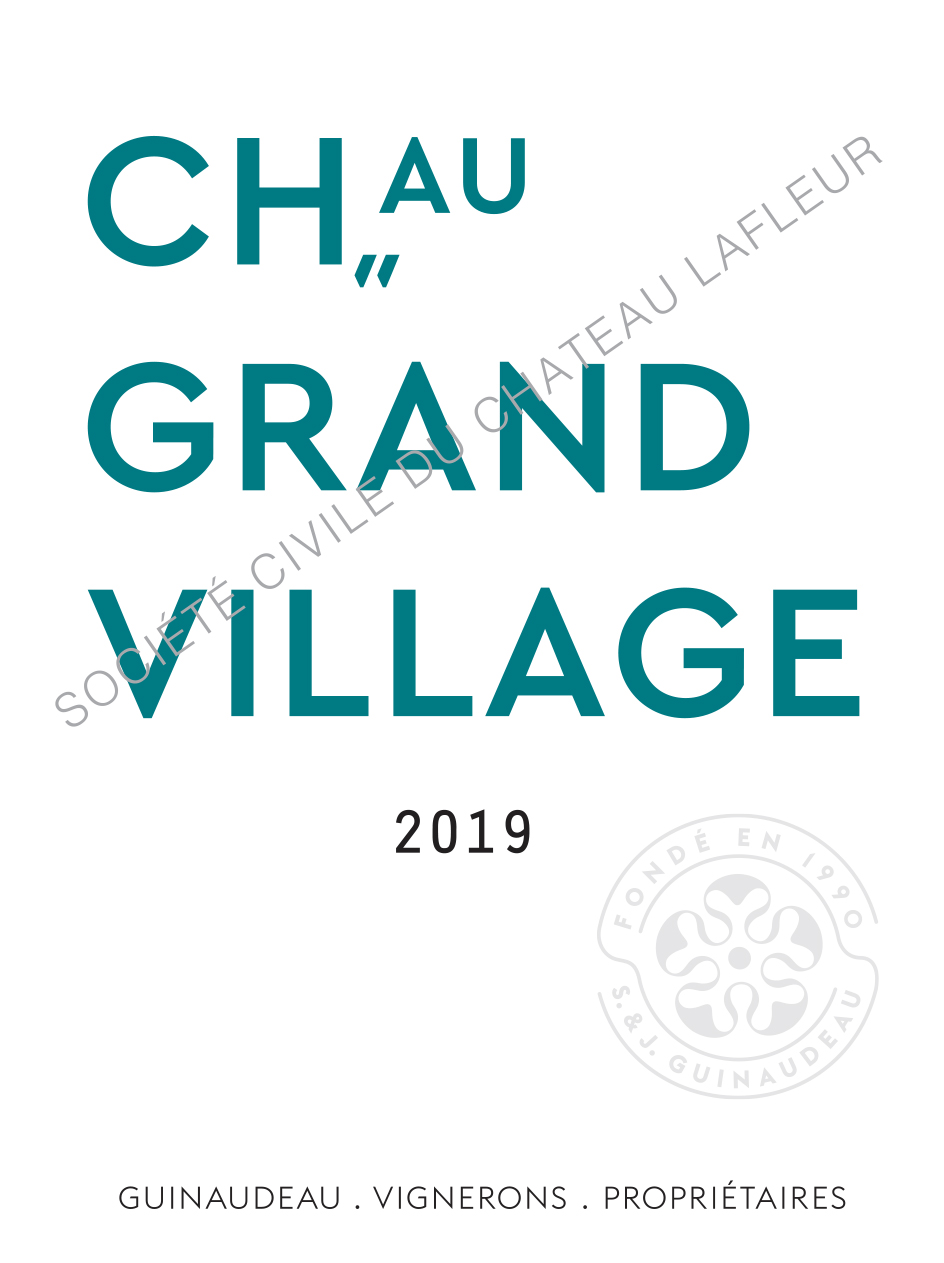 Le Blanc du Grand Village 2019 is a blend of 74% Sauvignon Blanc and 26% Semillon.  Over the last 20 years an increasing proportion of the estate’s Sauvignon Blanc comes from a clone from Sancerre, adding complexity and minerality to the wine.  The vines, having suffered major frost damage in 2017 are now producing fruit of greater harmony than ever.  In a recent article Jancis Robinson wrote "I could almost imagine mistaking it for a young Domaine de Chevalier if served it blind…" quite an accolade!

To enquire about your allocation of the 2019 releases from Château Lafleur, please get in contact with us at your earliest convenience.