At Armit Wines, we are proud to work with some of the most talented people in the industry. All of our colleagues have an unmistakable passion for wine and the amazing producers we work with. We are always on the lookout for dynamic personalities with an unmistakable passion for wine, an eye for new trends, a profound understanding of our portfolio and an appreciation of quality and personal relationships. 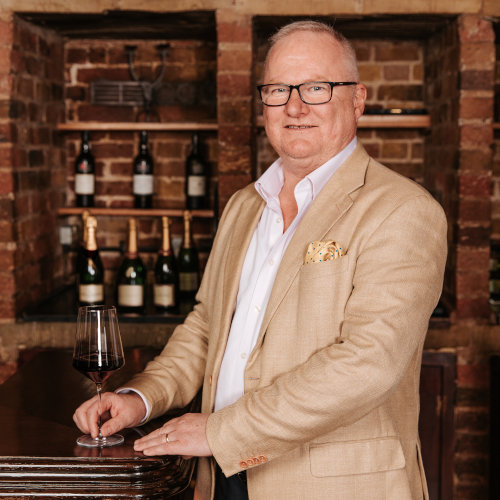 Brett Fleming
Managing Director
Brett has spent his entire working life in the wine industry. He trained as a winemaker back in New Zealand where he is from, but travelled to Europe and made wines in France for around 5 years. He then came to the UK where he has been ever since. The opportunity to join Armit Wines as the MD was a wonderful challenge. His outside interests are his family, golf (admittedly terrible!), drinking fine wine with friends, cooking and entertaining, gardening and a holiday somewhere hot with a pool and a beer! 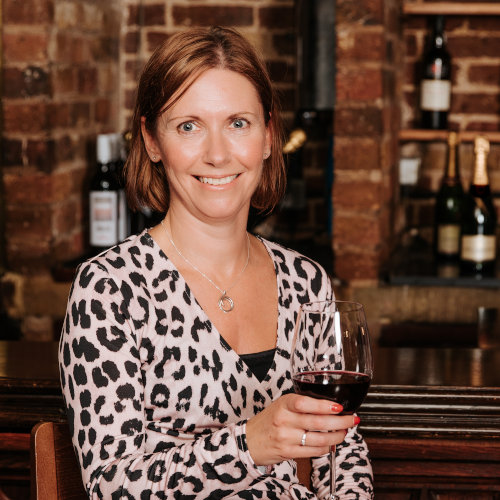 Karen Ellis
Finance & Operations Director
Having spent most of her career in many well-known retail fashion businesses in Senior Commercial Finance roles, Karen took her first foray into the wine business in 2017 and joined the Armit Wines team. Her love of wine began in France, where she spent a year studying during University. She qualified as a Chartered Accountant in 2000 with PwC and is now hoping to get her Professional Champagne Sipper qualification! Outside of work, Karen enjoys spending time with her family and friends, improving her fitness as well as travelling as frequently as possible to sunnier climates. 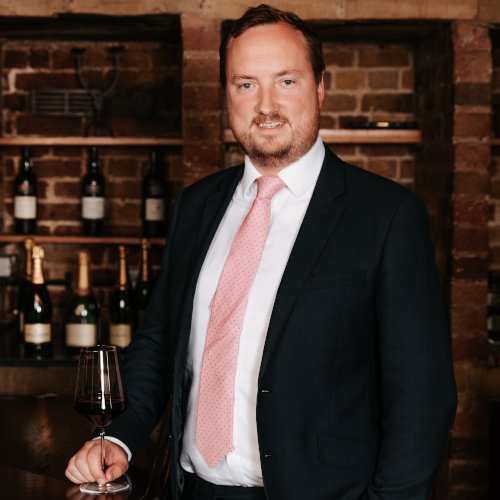 Andrew Catt
Head of Fine Wine
After leaving school in 2006, Andrew went straight into the wine trade working for Seckford Wines in his home town of Woodbridge, Suffolk. Starting in the warehouse and then customer reserves. After 4 years there he moved to London, working for Bibendum Wines for a brief year and then moving to the trade sales team at Fine+Rare Wines for 5 years. He joined the trade team at Armit Wines in November 2016. A fan of all wines with a particular focus on Burgundy and Piedmont. 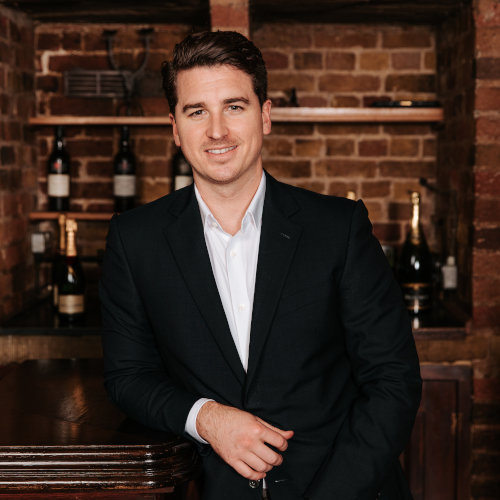 Jonathan White
Head of Private Clients and Digital Marketing
Joining the Armit team in December 2021, Jonathan has an experienced background in building and scaling consumer brands in the luxury goods sector. A lover of wine, having bought and sold for many years, he joins the team to looking after both our private client sales team and the digital marketing and website strategy. Prior to working in luxury goods, Jonathan is a fully qualified chartered accountant and holds a masters degree in Investment and Wealth Management from Imperial College London. 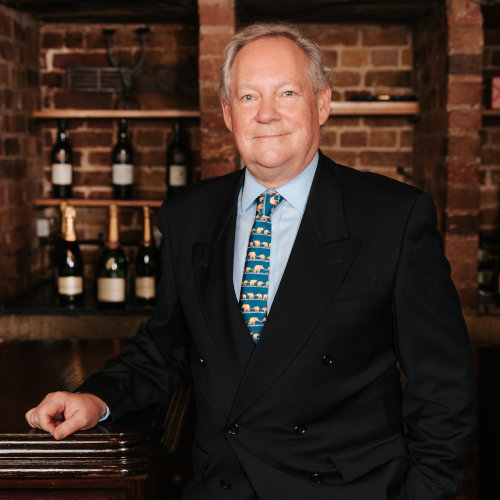 Peter Valiunas
Head of High Net Worth Sales
Peter has been with Armit since 2014 when he transitioned into the world of fine wine after a career in the City. He has had a fondness for all things vinous from an early age, with a predilection for the Old World and Burgundy in particular. He was lucky enough to explore many of Burgundy’s cellars while living in Geneva in the early ‘90s and is agnostic on geography and grape variety when it comes to tasting - as long as a wine is well made and interesting!  The last few years have been an amazing opportunity for him to explore the fine wines of Italy.  In his spare time Peter loves to read and appreciate his wife’s fine cuisine - perhaps a bit too much! 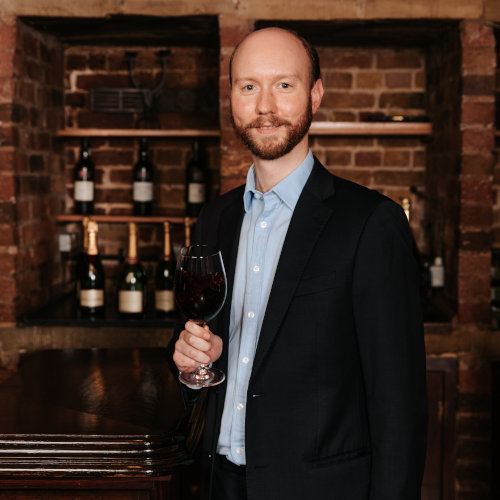 William Russell
Private Client Account Manager
Following a Master’s degree in Shakespeare at University College London, William entered the world of rare books and manuscripts. Working in Hamburg, he discovered the great wines of Germany and picked grapes on the Mosel. With his new-found passion, William joined the wine department at Christie’s, first as an intern and then in client strategy. He joined Armit Wines in 2018 and holds a WSET Diploma in Wine & Spirits. Always partial to a good Burgundy, Barolo or Barbaresco, William also loves Cabernet Franc from the Loire and Cru Beaujolais. Outside of the day job William is a keen musician and enjoys playing and collecting vintage guitars. 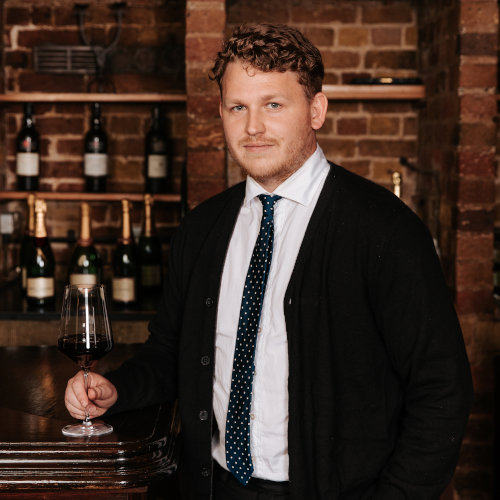 Blaine Nissen
Broking Cordinator
After completing a Master’s degree at The Courtauld Institute of Art, Blaine took a leap and decided to follow his passion to pursue a career in wine. He built his experience working amongst the vines as an assistant winemaker, hand selling in retail, and eventually making his way to the UK as sommelier. Blaine joins Armit after a stint at a Michelin-starred restaurant in Birmingham. Along the way, he developed an obsession with the intricacies of Burgundy, the wonderful wines of Austria, and all things Riesling. While not studying for his WSET Diploma, Blaine spends as much time as possible in the water surfing. 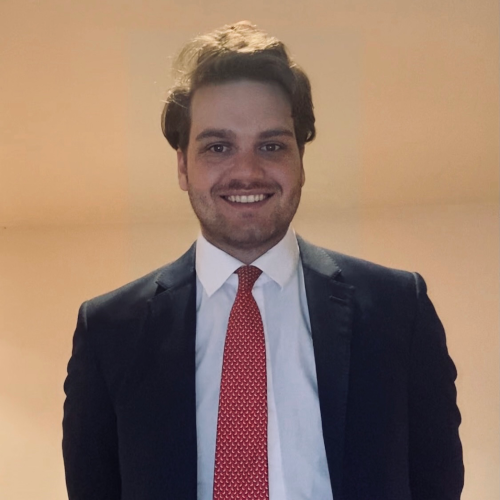 Benjamin Stanley
Private Client Account Manager
As the newest member of Armit, Ben is helping with all aspects in the fine wine team. Having previous experience working for other London based wine merchants in their sales teams. When not indulging in the wines of the Bordeaux, Napa, Burgundy or Rhone, Ben spends his free time playing cricket and golf as well as exploring as many of London’s wine bars and restaurants as possible. 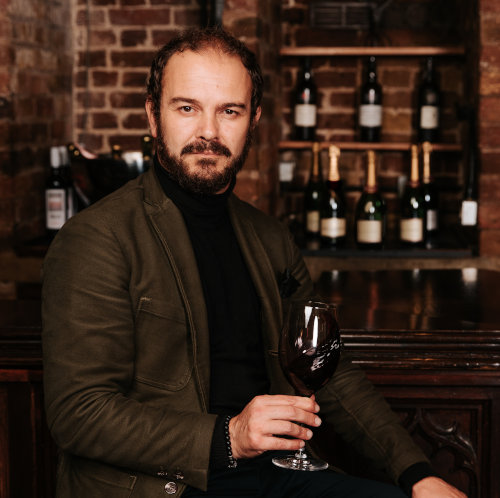 Nicolas Clerc MS
Brand Manager
Nicolas Clerc MS has been working for Armit Wines since October 2018. Previously, he worked at Fields, Morris and Verdin as an Prestige account manager after working in the restaurant industry for 14 years. Nicolas was named UK Sommelier of the Year 2007, won Best Sommelier and Best Wine List at the Tatler Awards in 2010, and he was awarded Champagne List of the Year at the 2011 Louis Roederer Wine List of the Year Awards. Clerc is currently President of the Sommelier Arm of the Academy of Food and Wine Service UK and a board member at the Court of Master Sommelier Europe. He is a regular judge at Decanter World Wine Awards since 2013 and at the Cateys Awards since 2019. 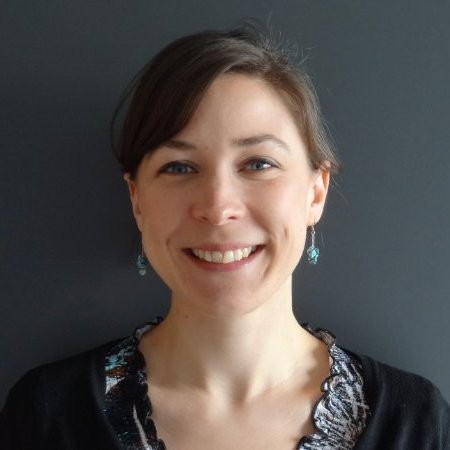 Alexandra Hale
Brand Manager
Alexandra has recently joined Armit Wines as a Brand Manager. With over 14 years experience in the wine trade she not only has a background in brand management but also in wine education and wine & spirits journalism. She has come on board to support the incredible portfolio of brands in the market and can’t wait to run tastings and events with the team. In addition to her passion for wine, spirits and mixology, Alex loves both cooking and exercise in equal measure. 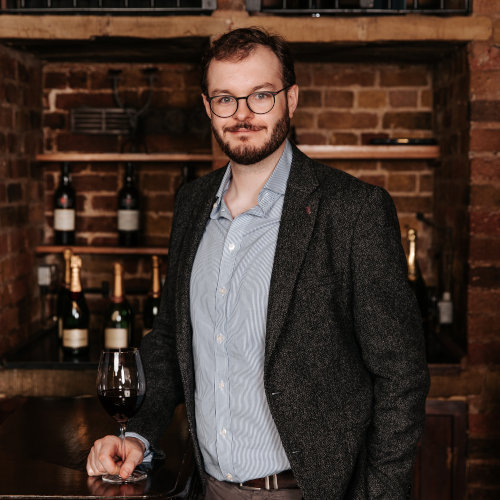 Alexander Aldersley-Hey
Brand Manager
Alex joined the wine trade after studying History and Italian at Oxford University. He began at Majestic Wines, followed by a stint in the city managing wine investment portfolios, before moving over to work for an importer and building relationships with producers. Having always harboured a desire to work with Armit’s incredible portfolio, he joined the team at the start of 2019. Alex finished the WSET Diploma in 2020, in which he was awarded the Vintners’ Scholarship. Outside of work, Alex is an enthusiastic if messy cook, and dabbles in Islay Scotch. 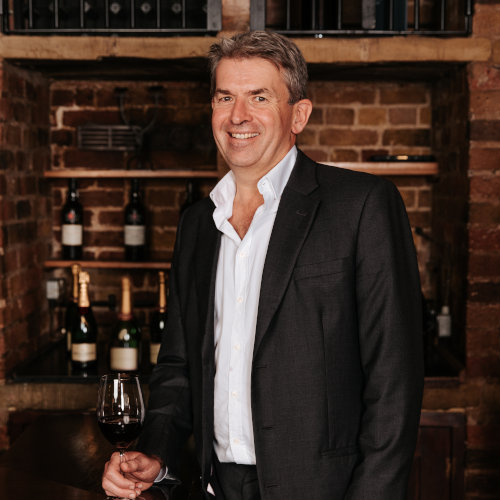 Fraser Currie
Head of Trade
Fraser has worked in the Beers, Wine and Spirits category for the majority of his 25-year career. Having worked for Greene King, William Grants and Accolade Wines, he has wide commercial experience across the independent and national customer portfolio. Fraser joined Armit in the summer of 2020, delighted to return to the wine category with such premium producers, to ensure a focus on working with our range of retail partners across the business. In his downtime, Fraser enjoys spending time with his children and allowing his competitive spirit to be indulged playing sport. 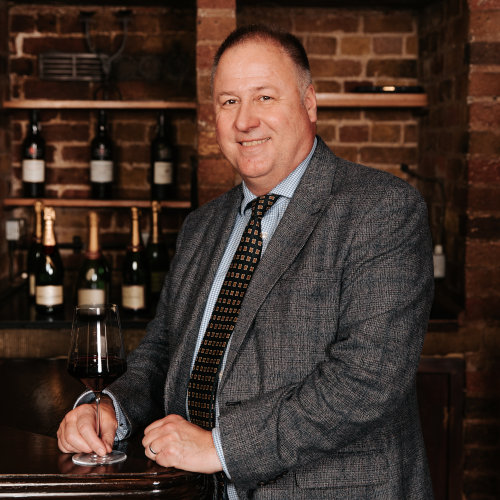 Simon Stagnell
Regional Account Manager
Simon started out in the wine trade with Enotria in 1989, following five years in the restaurant & hotel industry. Initially working in the off-trade Simon moved on to restaurants outside London, expanding their customer base over a 19 year period alongside developing a sales team that covered the south of the UK. It was over this extensive period that Simon developed his expertise and lifelong passion for Italian wines. In 2009, Simon opened his own independent wine merchant in Stony Stratford, Buckinghamshire. Simon then joined Armit in 2011 to develop their presence outside London and is currently responsible for trade sales to both Retail, Restaurant and Hotel customers. 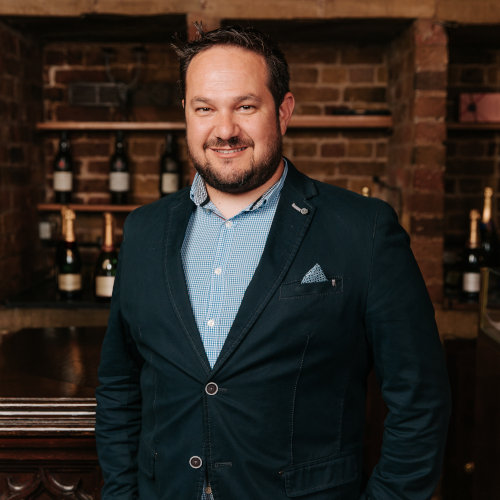 Steve Durrant
Regional Account Manager
Steve’s journey of working the wine industry began in 2005 when arriving from South Africa. He started with Majestic Wine in retail before moving across to Majestic Commercial selling to the on-trade in East Anglia for 11 years before moving to Armit Wines in in 2017. Steve looks after both our on and off trade outside of London. 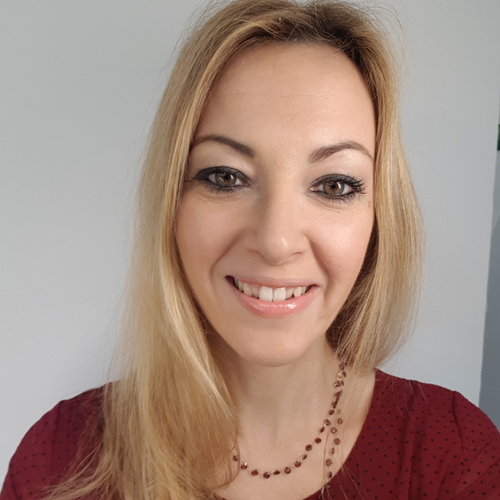 Erica Parisi
London Account Manager
Erica Parisi joined Armit Wines in January 2021. Previously, she worked as an Account Manager for Enotria&Coe for almost six years selling wine and spirits to the London on-trade and establishing new business. Originally from Milan and holding a master’s degree in Public Relations from IULM University, Erica moved to London 10 years ago to pursue her passion for wine. She is one of the 215 Italian Wine Ambassadors of the Vinitaly International Academy, holds the WSET Diploma and is a WSET Certified Educator. She is an Associate Judge of IWC, IWSC, and Women’s Wine & Spirits Awards. 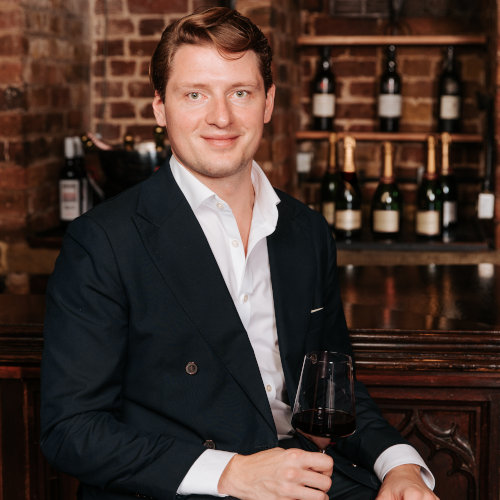 Daniel Story
London Account Manager
Daniel’s love for wine began while working in restaurants, before taking the first step into wine sales for a Northamptonshire based independent wine merchant. In 2017, Daniel took on the role of Brand Ambassador at English Wine producer Nyetimber, later becoming London Sales Manager. Daniel joined Armit Wines in late 2021 to focus on building exposure of the wider Armit portfolio to both the on and off-trade. He holds the WSET Diploma and is enjoying building a greater understanding of Italian wine through the Armit portfolio.
"We use essential cookies to collect data whilst you use the Armit Wines website in order to make it work, keep it secure and comply with regulations. We'd also like your consent to use performance and targeting cookies so we can improve the experience for you and analyse how our site is being used.