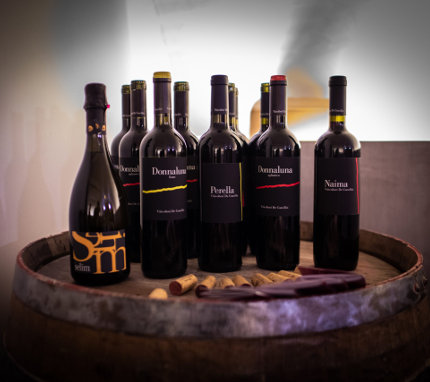 Viticoltori de Conciliis is an artisanal family-owned winery based in southern Campania, representing the best of contemporary winemaking in southern Italy, with mineral, complex Fiano and rich, layered Aglianco.

The winery was formed in 1996, when siblings Luigi, Bruno, and Paola convinced their father Alessandro to stop selling their grapes and make their own wine. De Conciliis own 15 hectares of vineyards, farmed organically, set in rugged coastal foothills with altitude and sea breezes balancing out the Mediterranean heat. This area was underwater in prehistory, resulting in sandstone and limestone soils, rich in minerals and quartz with some volcanic sediment, bringing a keen minerality and freshness to the whole range. Their IGP, Paestum, is named for the local town, which is home to such well-preserved Greek Ruins it was named a UNESCO World heritage site in 1998. The family are jazz aficionados, which is reflected in the names of their wines: ‘Donnaluna’ is a play on the jazz standard ‘Donna Lee’ made famous by Miles Davis and Charlie Parker, while ‘Naima’ is named directly after a John Coltrane tune.

The quality here is unmistakable, with a selection of pure, terroir-driven wines from an exciting producer – and at this price point, there is no excuse to not try them.
OTHER PRODUCERS FROM CAMPANIA 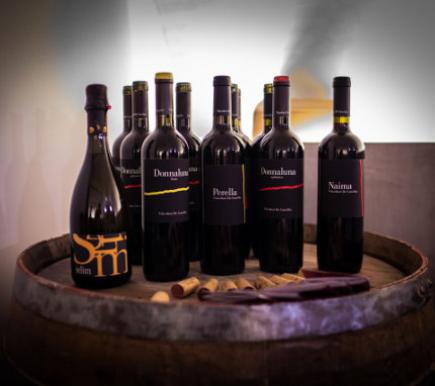 An intensely mineral wine with ripe pear and peach flavours, a little tropical on the palate. Smoky and intense. A long finish with a hint of fennel, sage, and almond skin.

Certified Organic. A concentrated, complex white that shows the heights this grape can achieve. Lean, slightly nutty and tightly-knit with lashings of lemon zest, melon, fennel seeds, even ginger and white pepper. There is a petrol-like aromatic note not dissimilar to fine aged Riesling.

Certified Organic. Deep and brooding, with forest fruits, black olives, sage, and a strong saline note. Velvety on the palate with ripe blackberry, orange zest, and a pronounced violet character, surrounded by firm but fine-grained tannins. Described as “easily one of the best value reds coming from Campania” by Eric Guido from Vinous.

An aromatic style full of passionfruit, kiwi, preserved lemon with a gunflint accent in the background. Energetic on the palate with a beautiful dried flower character.

A prime example of how Fiano can age under the right circumstances. Smoky, nutty, and honeyed notes pair with fresh pear, orange blossom, and exotic spice. Described as “one of the most balanced, complete, and enjoyable Fianos that I’ve had the pleasure to taste in a long time” by Eric Guido of Vinous.

Amazingly lithe and bright for the age, bursting with ripe black cherries and damson, juicy and concentrated on the palate. Black pepper, earth, and graphite emerge with a little time in the glass, along with a gamey savoury character and some dark chocolate. An opulent, complex wine that could even reward further time in the cellar.