A little over a month ago, as I made the familiar journey through the vineyards at the foot of the hill of Corton, towards the picturesque village of Savigny-lès-Beaune, the thought that this would be the last time that I saw Patrick Bize couldn’t have been further from my mind. The news of his death on 20th October, at just 61 years of age, has come as a tremendous shock and for his family it will leave an enormous void, impossible to fill. Burgundy has lost one of its most engaging characters and most talented vignerons far too soon and the region will inevitably be the poorer for it. 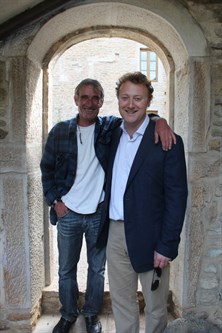 Patrick was a man who lived life to the full and who left an impression on everyone and  as we drove into Savigny, I was preparing myself for a couple of hours of captivating chaos. A visit to his home in Savigny was not something to rush. He had time for everyone and tastings chez Bize were always filled with jokes, gentle ribbing and teasing and tremendous laughter. He particularly enjoyed making the acquaintance of new recruits, looking forward to un-nerving those more accustomed to the formality and structure of a regular tasting. There was nothing ‘regular’ or ‘standard’ about Patrick. Ever the maverick, you had to be prepared for the unexpected, particularly some verbal jousting. It was absolutely expected that you gave as good as you got. He seemed to revel in that and liked to give the impression that for many months of the year he was perhaps rather lonely, out there in the vineyards or in the depths of his cellar but that it was your visit that had made him come alive and put the twinkle back in his eye.

Of course, the twinkle was always there: with a man like Patrick it would be impossible to keep him down if he ever went there. He was full of mischief but never of malice; he would laugh but never mock; he would tease but never torture. He was interested in people and what made them tick and he knew that humour was one of the very best ways to get people to loosen up in order to get to know them. He was only too keen to admit to his own deficiencies or those of his countrymen, partly for comic effect and especially when the audience demanded it. Of the Anglo-French rivalry, he offered no defence: “Nous sommes nuls, les français, les rosbifs, ils sont trops forts” always accompanied by gesticulations, mock shaking of the head and wide-eyed wonder. His language could flit between honest man of the land, raconteur of lewd stories but also real wit and sharp perception of current affairs. He loved mimicking accents and bringing his stories to life by acting out the role of the characters in them. I can still hear in my head his impersonation of a Corsican farmer, an Italian businessman or a Japanese sommelier and countless others.

His comments and stories could certainly shock the more politically-correct (in fact he would have been disappointed if they didn’t) but he would simply try to speak as he saw it, never concerned about any need to pull punches. Once he accepted you as a verbal sparring partner, his generosity knew no bounds. There were endless invitations to dinner, where he would do little more than pull the corks while his incredibly patient wife Chisa ran around doing everything else; there were wonderful impromptu bottles plucked out of the depths of the cellar, even if you had no more than 30 seconds before you incurred the wrath of the host of your next tasting. You simply didn’t want to rush time with him- there was too much warmth, too much humour and too many wonderful wines. In the end, we always found that the best solution was to see him at the end of the day, just to keep from annoying his fellow vignerons with the inevitable problematic timekeeping. 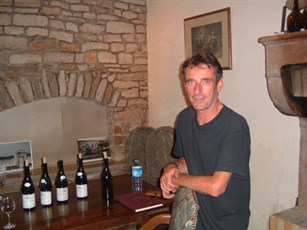 He had remarkable energy, was truly entertaining and always self-deprecating and at 61 years old, just a month ago, he was full of beans, as always. Prior to that last visit, I had last seen him in June when he had just returned that morning from a long trip to Asia, including mainland China. He had completed a tasting and dinner in Shanghai, taken an overnight flight in which he hadn’t slept, landed at Charles de Gaulle at 5am that morning, come directly to Savigny and had gone into the vineyards. By the time we arrived at 5pm, he was entitled to be pretty exhausted but he greeted us with a glass of Corton Charlemagne 1999 in one hand and a cigarette in the other, fired off a few friendly expletives, teased my colleague for his choice of clothing and then we were off into the cellar, from where we emerged two hours later. The experience didn’t stop there of course. We then sat in front of his fireplace, where more bottles were opened, including a quite wonderful Vergelesses ‘78 to test his theory about similarities with 2012. Spying a gendarme’s hat perched above the mantelpiece- his reception room in the winery was strewn with objets and they all had a story- we asked him about how it came to be there. Patrick needed no invitation to model it, of course and regaled us with the delightful tale of how he had once welcomed a large group of locals into the cellar one weekend, most of whom he suspected had a secondary interest in the quality of the wine. Nonetheless he had given them the full treatment and, playing to his audience as ever, had instructed them not to worry about spitting out the wine because there was nothing to fear from the “useless gendarmes”. 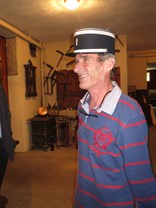 Early the next morning as he was doing his rounds in his creaky old van, he saw flashing blue lights in his mirror and was pulled over. The officer got out, walked over to the van where Patrick was sitting nervously at the wheel, window down and duly gave him a ticket. Later that afternoon, Patrick received a visit from the gendarmerie, this time with a senior officer resplendent in his kepi. Patrick looked up and instantly recognised the man, now in uniform, as part of the group from the previous day. “We may be useless gendarmes, Monsieur Bize, but we certainly got you with this one!” said the man, pleased as punch with himself for setting up the early-morning encounter. “But” he continued, “ we had such a wonderful tasting here yesterday, I don’t think we need to worry about this little ticket”. “Vieux cons” (a favourite phrase) said Patrick, as the ticket was ripped up, “you had me crapping myself!” Seconds later, hands were shaken and backs were slapped and the kepi was removed from the policeman’s head as a souvenir, to no protest. They still come every year for a tasting, of course.

There were hundreds of other stories that Patrick told us over the years, most of which had us howling in laughter, picturing this impish man getting up to all sorts. If it was a sales tactic, it worked brilliantly- we bought heaps of his wines and we loved selling them to our customers because the man behind them was such a treasure. But Patrick knew no other way: he would have been bored by the stiff approach of the traditional merchant-producer relationship and loved nothing more than sharing his bottles, his stories, his home and his time. He made friends easily and had many of them, and all of them will miss him enormously. 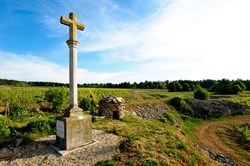 Even though he came to his job reluctantly, he had grown to love it over the years and was quite rightly proud of his wines and his family heritage and grateful for the critical recognition they had earned although there was not a drop of ego involved at all. He always knew that he was only one vintage away from a change in fortunes and never lost sight of that, meaning that he was dedicated to his work in the vineyards to ensure that he would bring in the best quality fruit possible, regardless of the vintage conditions. This assiduousness, combined with his skill in the cellar, meant that his wines earned their reputation of being able to outperform the vintage when the conditions were against him. As great as his wines from the fêted years undoubtedly are, it is his achievements in the in-between years that really show his skill and his commitment. As we have said before, had he been born in Puligny or Gevrey, his name would be revered as highly as a Leflaive or a Rousseau. Savigny, tucked away off the front line, was never going to bring him superstardom but he made an enormous contribution to boosting the profile of the village and thus ensuring that serious collections and dining rooms paid attention to the wines. His neighbours have much to thank him for and he was truly respected by the superstars of the regions, many of whom were his closest friends. 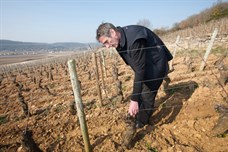 His wife, Chisa, who he first met on a trip to Japan whereshe acted as his translator, was an enormous part of what made Patrick the man we knew. Those who knew him before his marriage remark on how his life improved immeasurably when they met and the two children that followed brought Patrick enormous happiness and fulfilment. He made no attempt to hide his pride in their development and his love for his family was plain to see. At his funeral last week, over a thousand people came to pay their respects and bid him farewell, a true mark of the regard in which he was held by his fellow Burgundians and his many friends. We can only hope that Chisa, the children and the rest of the family draw great strength from this wonderful display of affection and love.

The wines that he crafted over 40 years at the Domaine, the last 25 of which he was in sole charge, have already outlived him and will quite possibly outlive most of us too. They are wonderful illustrations of all that is best about Burgundy, just as Patrick was a wonderful illustration of all that is best about man, warts and all. We will all miss him very much but should be thankful for our good fortune in knowing him. Our thoughts are very much with his family at this sad time and so wherever you are, please raise a glass of Bize Savigny to the memory of a unique and special man, truly one of Burgundy’s very finest.- Mike Laing 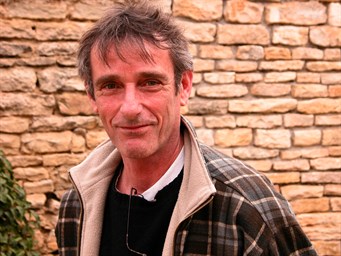